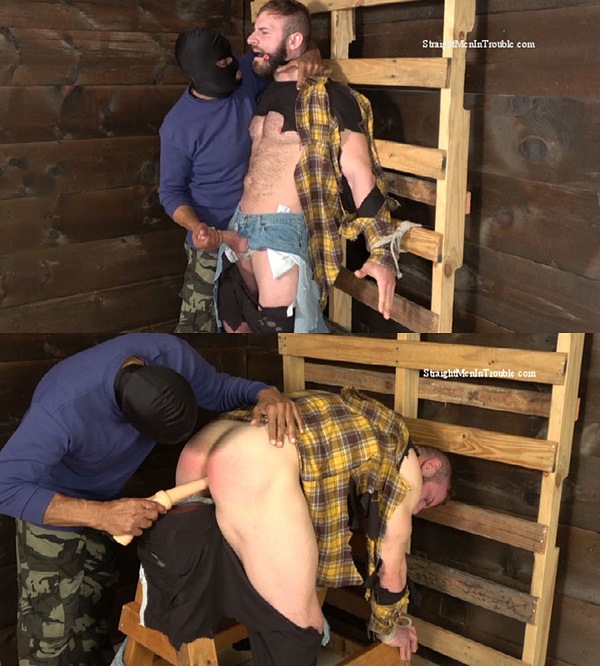 The utility worker Anthony had been disrupting the neighborhood long enough, making noise, rerouting traffic, annoying the neighbors, and one crazy man had enough. Now Anthony, a sexy straight beefcake, was going to pay…

The man had him bound and gagged, terrified, as he slowly cut and tore the clothes from his body, revealing a muscular hairy chest, thick thighs, bulging biceps and a big cock, Then he left him to contemplate his scary fate.

The pleasure started to overwhelm him, his breathing became loud and labored, his body started to tremble, he struggled to hold back as the man picked up the pace until the worker involuntarily shoot his load on his assailants hand.