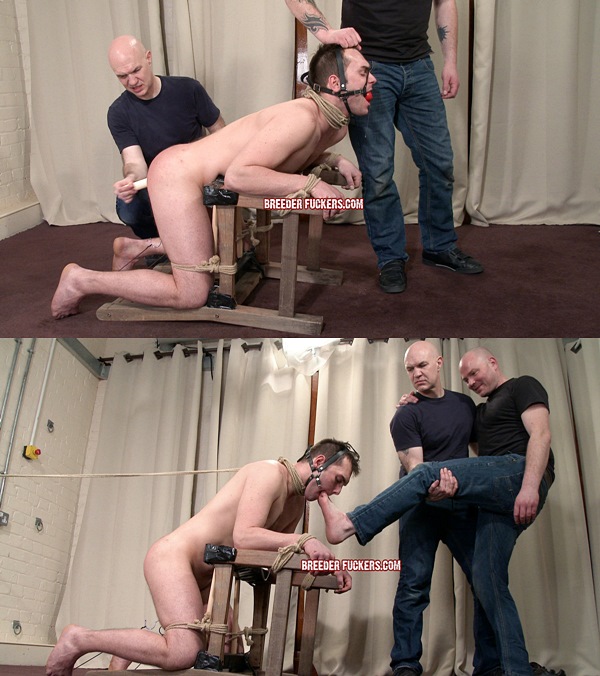 We’ve got sexy city boy Jozef tied and bent over so his arse is completely exposed. It’s absolute hell for a hetero to know his bum is vulnerable to two bent perverts aching to bugger him. This hot hetero businessman’s nightmare just starts…

Dave even shoves his stinking feet in Jozef’s gob. His body is left buzzing with pain as his dick and arse have been so cruelly treated, but what’s been wounded beyond repair is his stupid fucking masculine pride.