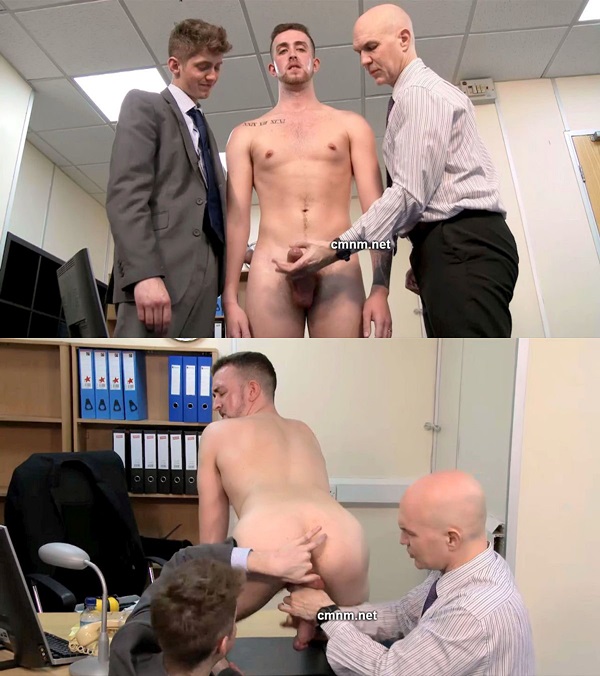 Factories only run efficiently if the workers are sufficiently engaged. Lately things have been slipping under Mr Swallows’ management due to his devoted loyalty to his muscular young workers…

Kenny Bonehead only just managed to get a job at the factory and dare not lose it now. Having blamed his poor work on the heat he can’t complain when Mr Swallows insists on stripping him completely nude in his office.

Kenny reluctantly submits to his superior and pervy consultant Tristram who manipulate his body. But now he has a big problem in the form of his fat stonking erection. Finally, Kenny gets jerked off while being finger fucked at the same time.