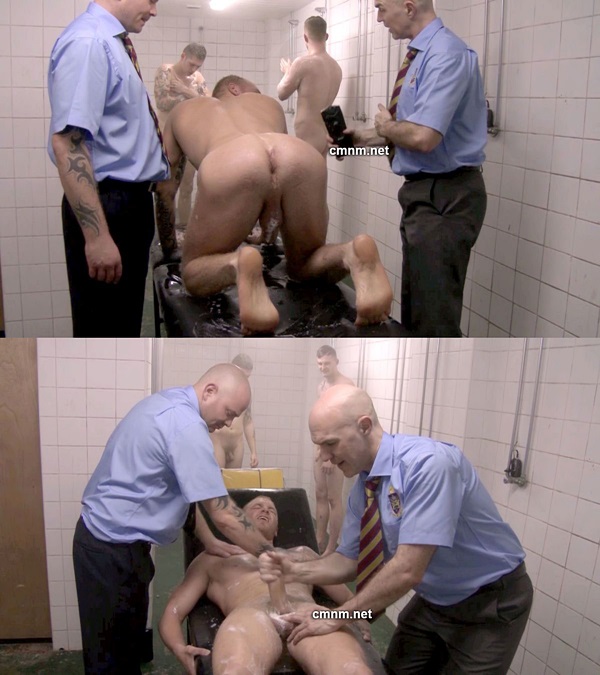 Now that Ryan’s undergone his forfeit it’s time to get down to business. He’s taken stark naked into the club’s gang showers for a good scrub down. They soap up his big meaty arse cheeks, slide into his hole and scrub under his foreskin…

The chairman Adrian and club secretary Dave get very hands on making sure this new athlete is fully prepared for his first match while his naked teammates shower and gawk at Ryan’s humiliating treatment.