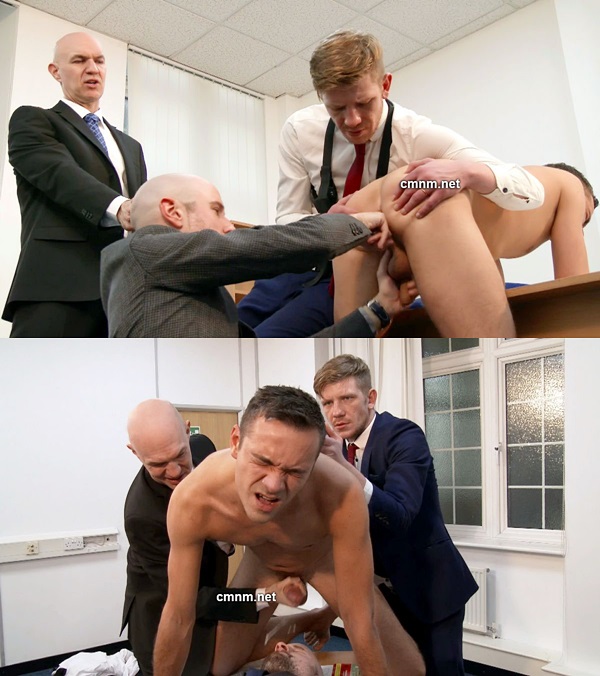 In high stakes business the rules of play are liable to change at any moment. One second you might be buddying up with the guy next to you and the next moment he’s fucking you over. Enormous deals can be made and broken in a flash…

Having been double crossed, tough bodyguard Branislav has been stripped down naked. This proud man finds it humiliating enough being rendered defenceless and vulnerable to his gloating captors.

Adrian and his cohort Derek order Branislav to get on all fours above his boss Drew Du Plessis. Wealthy Drew can only stare in horror as his bodyguard’s cock is wanked directly over his face and he gets covered in the virile Russian’s sperm.