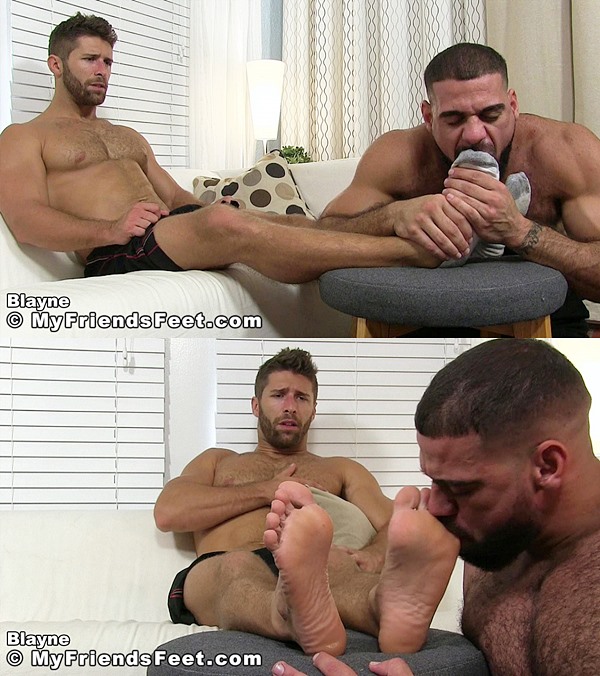 Best buddies Blayne and Ricky Larkin are hanging out after the gym and they have some foot fun. When Ricky tells Blayne he loves feet Blayne seems skeptical, but Ricky knows the best way to advocate for his fetish is to show Blayne how amazing it feels…