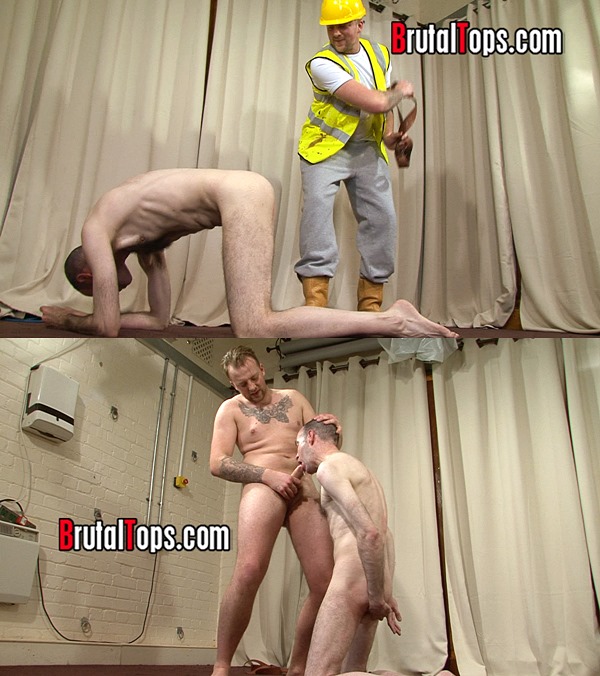 Pathetic naked sub Peter is completely defenceless as snarling Master Edward appears. Watch Edward have the sub lick clean his dirty working boots and sweaty feet before he pisses all over Peter sub and face fucks Peter down the throat…

The poor sub kneels down and licks clean the top’s filthy boots while he is thrashed by Edward’s belt. With Edward’s bare arse high in the air, the prostrate sub then licks clean his Master’s filthy feet toe by toe.