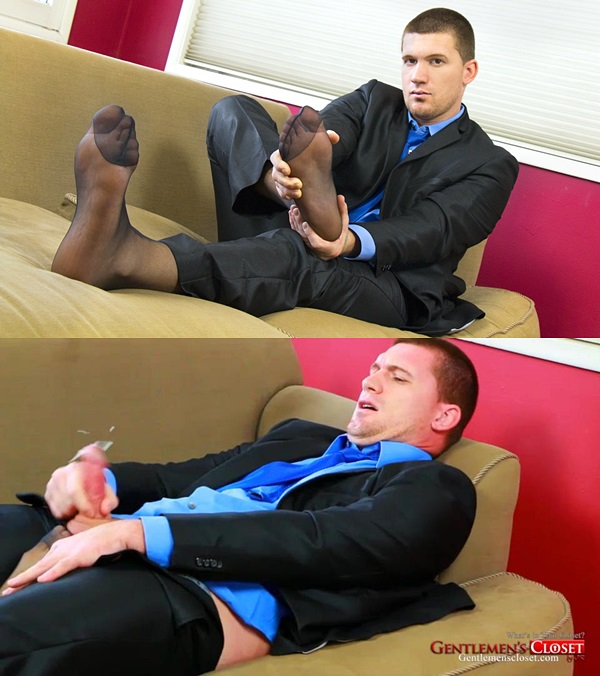 They rub each other’s crotch with sheer socks before Victor strokes his dick. Victor shoots a juicy load onto his shirt as the cameraman rubs Victor’s ass with his feet.