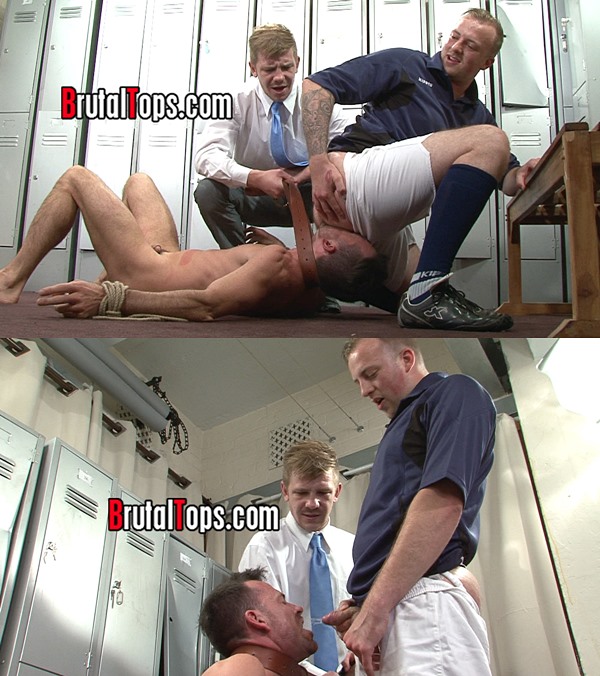 Two vicious Masters Derek and Edward decide to damage and torment a feeble young sub in the locker room. Watch they have the sub deep-throat Edward’s dick and rim Edward’s ass before Edward pisses into the sub’s mouth…

Derek and Edward find this poor sub alone and naked. Derek squeezes his nipples before he has the sub swallow Edward’s hard throbbing cock down his throat.

Master Derek uses a belt to hold the sub’s neck and has him to lick clean Edward’s stinking arsehole. Moments later, Master Edward pisses into the sub’s mouth before he has the sub swallow it and licks clean his shaft.