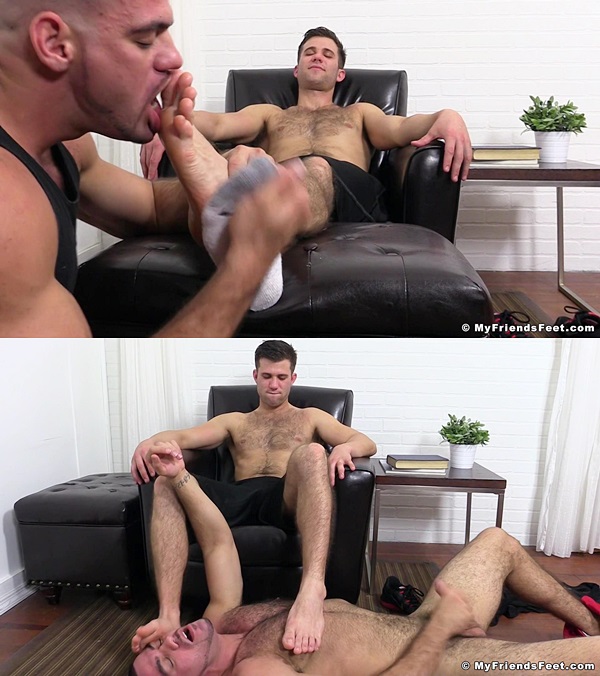 Moments later, Ricky lays down on the floor, jerking his hard cock as Cole massages Ricky’s face and chest with his big feet. Ricky ends up shooting his hot load while being smothered by Cole’s bare feet.